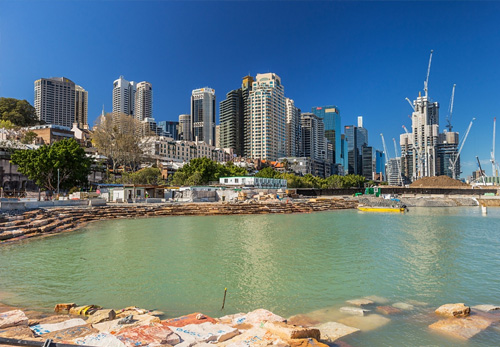 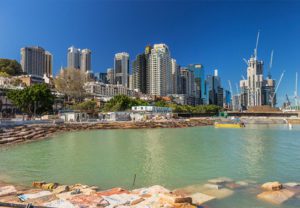 Barangaroo located on Sydney Harbour, will be a spectacular place for everyone to enjoy. The six hectare Barangaroo point restores the naturalistic pre-1836 shoreline of Port Jackson, and transforms one of Sydney’s oldest industrial areas into a world class foreshore park providing a new vantage point for Sydneysiders and visitors alike to soak up the action on Sydney Harbour while revelling in lush naturalistic parkland.

Barangaroo Point will provide space for recreation, expression, celebration and community. It will feature bush walks, grassed areas, lookouts, walking and cycle paths, and a new harbour cove. The Northern Cove will also feature unique tidal rock pools created from sandstone excavated directly from the Barangaroo site, offering the closest connection to Sydney Harbour that any foreshore park has ever had.

In September 2014, StraBe Group was awarded the contract to supply and install the Street Furniture for Barangaroo Point and Barangaroo Central….

The scope of work included working with the Landscape Architects to develop a suite of furniture suited to the park, as well as the manufacture and installation of this furniture and bike parking.

An International tender process was held for the park’s design in 2009/2010 with Johnson Pilton Walker in association with Peter Walker and Partners Landscape Architect, San Francisco, landing the contract. The teams winning design juxtaposes a rugged sandstone topography inspired by the naturalistic pre-1836 shoreline of the historic Port Jackson area, against a flourishing and modern CBD. It transforms a disused shipping container yard into one of Sydney’s most stunning green headlands, visually linking the headland archipelagos of Balls head, Goat Island and Ballast Point.

Peter Walker, Landscape Architect and Lead Designer, Headland Park, Says “one of the elements of the harbour headlands is that in their natural form they were examples of the bush. They still play a strong part of this symbolic meaning of the Sydney Cove area so we were determined to recreate that rich, complicated and more interesting plant composition for the forum of the Headland, while adding a dimension of naturalness to the overall park”